9 November '15 12 Comments on What percentage of directors are writer-directors? 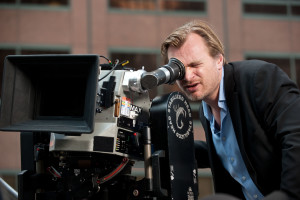 On the face of it, writing and directing a feature film are two very different jobs.  The clichés are of the introverted writer squirrelling themselves away in a quiet room while the loud, bombastic director strides confidently on set and orders hundreds of people around.

However, when you look a little closer you see that there is plenty of overlap. Both involve the creation of worlds and characters, both require creative imagination to craft stories and both require communicating your vision to the team around you.

Hollywood is awash with writer-directors, including Peter Jackson, Christopher Nolan, James Cameron, Wes Anderson, Joss Whedon and Alfonso Cuarón to name just half a dozen.  But how often is the director of a film also one of the writers?  I used two datasets to take a look – the top 100 US grossing films of each of the past 21 years (2,100 films in total) and films shot in the UK between Jan 2008 and July 2014 (2,454 films).

Writer-directors on the rise

Over the past two decades, 32% of top US grossing films have been written (completely or in part) by the director. What about UK writer-directors?

As well as looking at the top US grossing films, I also studied UK films.  The datasets are different, as the US data is only of the top 100 films of each year whereas the UK data looks at all films made.  As shown below, 58% of UK films shot in 2008-2014 were made by writer-directors. The dataset of UK films comes from the BFI who between 2005-07 tracked all films shot in the UK budgeted over £500,000.  From 2008 onwards they tracked films of all budget ranges.  This, combined with my findings below on budgets, explains the leap between 2007 and 2008.

Does the size of the film affect the number of writer-directors?

Yes, dramatically so.  I am using my dataset of UK films as the budget ranges come from HMRC via the BFI, so we can be sure they’re correct (or, at least as declared to the tax man!)

As you can see below, as the films grow in scale, the percentage of directors who are also writers dwindles. Over two-thirds of UK micro-budget films were written, at least in part, by the director, compared with under a quarter of UK films budgeted over £30 million. Hollywood budget data is too patchy and subject to spin to be able to perform this accurately for US films.

Are films by writer-directors better?

There no way of scientifically knowing ‘how good’ a film is but we can use proxies to look at how well the films have been received.  Once such proxy is the score given by IMDb users, out of ten.

Using this metric, we can see that writer-directors are very common among the very worst, and very best films. At both ends of the spectrum, a small number of writer-directors are having a big effect.  On the low end this includes Tyler Perry, Jason Friedberg and Aaron Seltzer and among the ‘best’ films there’s Peter Jackson, Christopher Nolan and Quentin Tarantino.

Which genres have the highest percentage of writer-directors?

For UK films, sci-fi is the genre with the highest percentage of writer-directors (69%), with music-based films and musicals having the lowest (39% and 33% respectively). Once I had decided to study this topic I asked my Facebook group what percentage of directors they thought were also writer-directors.  Answers ranged from 15% right up to 67%, although what was more interesting was the number of people who asked whether the situation was different for male and female writer-directors.

My initial reaction was that we’re not likely to get much of a useful answer as there are so few female directors to start with.  Nonetheless, I agreed to take a look. As you can above, the percentage of female directors who are also writers on their films jumps around quite a bit. However, this is not due to big shifts in the hiring of writer-directors, but more a consequence of the scarcity of top-level female directors.  For example, in 2003 seven of the top 100 US grossing films had at least one female director, and six of those had a writer-director.  However, just seven years later, none of the three top-100 films (which were directed by at least one woman) had a writer-director attached.  With numbers this small, we have to expect huge jumps in the results and therefore there isn’t enough data to be conclusive.

If pushed, I’d say that although female directors are massively under-represented, there doesn’t seem to be much of a difference in the percentage of male and female directors who also write their films.

Arguably, the job of writer-director should be seen not as the conflation of two jobs but as a whole different role in its own right. When reading scripts I think it’s fairly easy to spot if the writer also wants to direct, with their extra descriptions, inner thoughts and (*gasp*) camera directions.

Today’s topic is one of the reasons I enjoy researching and writing this blog.  Until last week I hadn’t ever wondered what percentage of directors are also writers, but once the thought had popped into my head (and after a bit of number-crunching) I was able to get an answer. Do writer-directors make better movies than directors who don’t write?