How much is Tom Cruise paid? Below are the financial projections made by 20th Century Fox in the run up to the production of Valkyrie, showing how they work out how much is Tom Cruise paid. These numbers come from an internal file created to project the film’s costs and possible returns.  The film was made by MGM but Fox were handling the international distribution.

I’ve had these figures for a while and have been using them in classrooms of filmmakers and new producers. It’s always been one of the more fun lectures to teach, partly because of the opaque nature of Hollywood Accounting and partly to see the students’ reaction to the figures involved. I’ve long held the belief that we in the industry have a duty to teach the next generation what they need to know. Film producing can mean playing a high stakes game and it hardly seems fair that producers need to learn some aspects ‘on the job’ when a little bit of openness would help immensely.

I have spent some time to explain what these numbers mean, and my full explanations and notes are later in the article. I have also created a Terminology Guide at the bottom of the article to demystify some of the language used.

Income at a glance

The chart below shows where the film’s revenue was expected to come from in the event the film reached “breakeven”. This is a total income of $451 million, 55% of which comes from North America and 45% from the rest of the world.

Costs at a glance

The chart below shows where the $451 million of revenue was spent, and which meant that film broke even. 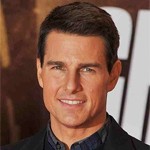 Note that these are revenue calculations, not profit. “Profit” is an unpopular word in the film business, after years of Hollywood Accounting has made the term almost meaningless. A smart industry player like Mr Cruise knows to demand a share of revenue rather than profits.

The lowest Fox believed this realistically could be was $38 million and the most $72 million.

Bryan Singer got a third less than Tom Cruise 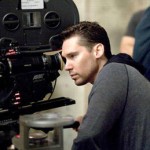 Bryan Singer‘s deal is described calculated in two parts. Firstly, for his role as director:

And the second part is for his producing activities: Note that although they are receiving “gross proceeds”, like Mr Cruise, they have agreed that Fox can deduct a 15% distribution fee before it’s calculated. Tom Cruise’s distribution fee is listed as “0%”. Smart cookie.

The expected revenue from the Domestic and International Theatrical releases are a fixed percentage of the box office receipts. Domestically, Fox receives 49% of the box office, with the other 51% staying with the cinemas. Internationally the figure is slightly lower at 45%, presumably to reflect the additional costs of doing business outside their home territory.

This is an important figure as it is one of the (many) reasons why headlines such a “$100m movie breaks-even by crossing $100m at box office” are plain wrong. Other factors which make that assumption pointless are… 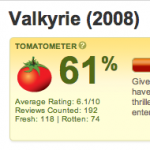 The difference between their ‘best case’ and ‘worse case’ revenue guesses is over $277million. If we assume that the film’s performance is mostly down to its quality (as judged by popular appeal) then this is a huge amount of money to be wagered on the skills of the creatives behind the film. It’s often said that Hollywood doesn’t care about the quality of the films they produce but with Valkyrie we can see that it has a major impact on something they certainly do care about – their bottom line.

TV income is largely immune to the film’s quality

Most of the revenue listed to come from television does not change between the ‘best’ and ‘worse’ cases. This is due to the television rights being agreed before the film has been finished. The one exception to this is the Domestic Pay TV which rises from $18.5m to $20m as the film fares better at the box office. This could be down to a success clause in the deal or a $20m celling on an agreed 18.5% of box office receipts.

In Hollywood, no-one knows anything This might seem like an obvious point but consider how much information other industries have about the likely success of their products before they have to commit to approaching the mass market. In most cases they will have been road-tested on small markets, rolled out slowly and evolved along the way. By the time they are considering if they should commit the big bucks to a national or international push they can be fairly confident of its success. Hollywood doesn’t have such a luxury. Each feature film is its own prototype and so much of the project’s success will depend of factors not apparent when the project is approved.

It can be only a matter of weeks before the film’s release date that the studio have an idea of how it might perform. And it’s really only after the opening weekend that they know if they’ve made Batman or Pluto Nash.

Interestingly, in recent months Hollywood has got a new tool which can predict box office success with a 90% accuracy – Google. That said, it still only works soon before the release, rather than at script stage.

Notes on How is Tom Cruise paid?

Below are a few notes and observations to help anyone interested in the topic to better understand it.

This is just one example of a Hollywood film

These figures and calculations were created specifically for Valkyrie script, cast and crew. Fox will also have taken into consideration the market conditions at the time and the appeal for a WW2 Nazi thriller with Tom Cruise. Consequently it is hard to be sure which figures are universal to all Hollywood films and which are unique to this one. Factors like Tom Cruise’s star power will increase the film’s financial clout whereas the film’s themes are less commercial than average Hollywood fare. 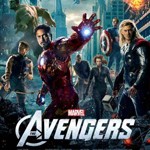 Films of this scale are under threat as Hollywood focuses on smaller, niche genre films (such as Paranormal Activity, The Hangover) and huge “tentpole” blockbusters (such as The Avengers, Batman and Superman). There are increasing voices in the industry, including from Steven Spielberg, who say that such as policy will lead to an industry-wide crash if a series of tentpole movies fail in a row. In other news, a series of tentpole movies have failed in a row.

Much has changed in the last five years, meaning that if this film were to be green lit today it could expect a different revenue model. VOD is likely to be much higher but DVD revenues would be suppressed. Piracy has had a huge effect on the revenue Hollywood receives from DVD and it’s likely that this would mean a 2013 version of Valkyrie would make less money that than the 2008 version.

In defence of the Hollywood Accountants Some people may use these numbers to accuse Fox of underhand accounting, pointing to the tiny ‘profit’ made on such a big turnover and to the fees charged, such as overhead and distribution fees. However, I would imagine that any major player in the financing of this film would have been aware of how Hollywood structures its deals and therefore would have entered into negotiations with their eyes open.

Certainly it’s clear that Tom Cruise’s people knew what they were doing when they struck his deal. I’m not saying that the way the deals are structured is morally right, just that Fox shouldn’t be accused of anything illegal. Well, from these numbers, anyway.

In defence of Tom Cruise It’s true that Tom Cruise earned a massive amount of money from working on this film and it’s also true that most of the rest of the hard working cast and crew were not paid nearly so well. However, I feel I should stick up for Mr Cruise, albeit briefly. His name and star power can reasonably be assumed to be the main reason (a) that this film got made and (b) that millions of people paid to see it. The Studios are aware of his power, else they wouldn’t keep hiring him to lead their movies.

On this particular film, had Tom Cruise been paid half as much then I doubt that the rest of the cast and crew would have received anything extra. They would have been working on union rates, unconnected to the amount the star is paid or to the profitability of the film. Any monies not paid to Tom Cruise would go to 20th Century Fox and Rupert Murdoch. However, I accept that in the long-term the large amounts paid to both the Studios and to movie stars do have an effect when the unions try to renegotiate their agreements with the Studios. How many jobs are in Shooting People’s Filmmaker bulletin?