What kinds of films do well at the BAFTA awards?

6 February '17 3 Comments on What kinds of films do well at the BAFTA awards? Next Sunday sees the glitz and glamour of the 70th annual British Academy of Film and Television Arts (BAFTA) film awards, so I thought it was timely to look at the kind of films that have previously succeeded at the awards, and how BAFTA compares to other awards and major film festivals.

I looked at all films nominated for one of the three main categories – best film, best British film and best foreign language film over the past twenty years.

What kinds of films compete for BAFTA awards? 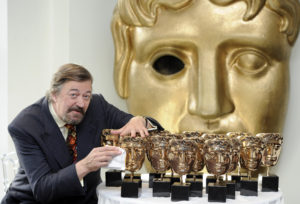 I have previously reported on British filmmakers’ penchant for making dramas, with around a fifth of all British films made between 2001-13 having drama as one of their principal genres.  Therefore perhaps it’s not a surprise that drama is well represented among BAFTA film nominees.  However, it could be argued that they are ever so slightly over-represented.

Between 1997 and 2016, 94% of the films nominated for Best Film at the BAFTAs were dramas. Over this twenty-year period, the only non-dramas to be nominated were Inception, Avatar, Chicago, Shrek and Amélie (none of which ended up winning the category). The same pattern can be seen in the other two major film categories, with 88% Best Foreign Language Film nominees being dramas, and 82% of Best British Film nominees.

Only three non-dramas won the Best British Film award (Skyfall, Man on Wire and The Curse of the Were-Rabbit), although 19 were nominated (Amy, Paddington, Seven Psychopaths, Senna, In the Loop, Mamma Mia!, The Bourne Ultimatum, Eastern Promises, Casino Royale, Shaun of the Dead, Harry Potter and the Prisoner of Azkaban, Harry Potter and the Sorcerer’s Stone, Chicken Run, Sexy Beast, Lock, Stock and Two Smoking Barrels and The Borrowers). Which other genres feature at the BAFTA awards?

Because I am assigning up to three genres per film, even a year which features 100% drama nominees will also include films of other genres.  Across the three film categories, romance films were nominated 23% of the time, followed by comedy (21%), biography (21%) and crime (14%). How do the BAFTA awards compare to other awards and festivals?

Using data from previous projects I’ve researched, we can see how BAFTA’s love for drama compares with similar events.  Films shortlisted at the Cannes Film Festival are also 94% dramas, with similar numbers at the Berlin and London film festivals (92% and 90%, respectively).   The British Independent Film Awards (BIFAs) celebrates independent film and their main award is comprised of 88% drama nominees. The majority of the data for today’s research came from the wonderfully useful BAFTA website. For genre data, I opted for the IMDb system, which assigns up to three genres per film.

For ease and readability, I have shortened some of the official award names in this article.  The proper name for BAFTA’s Best Foreign Language Film is “Best Film not in the English Language”, BAFTA’s Best British Film is the “Alexander Korda Award for Best British Film” and the Oscar for Best Picture is officially called the Academy Award for “Best Motion Picture of the Year”.

As I was using data from previous projects, they don’t all look at exactly the same period of time.  Here are the dates the data refers to:

Good luck to all this year’s nominees!