How many movies based on Shakespeare plays are there?

14 April '14 7 Comments on How many movies based on Shakespeare plays are there? 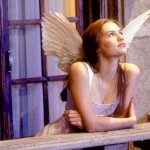 This week I haven’t had a great deal of time to produce in-depth research so here instead is something a bit lighter than my normal fare. I took a look at the number of movies based on Shakespeare plays. In summary…

Of the movies based on Shakespeare, which plays are most frequently adapted? What counts as an adaptation?

Wikipedia currently lists 410 Shakespeare adaptations, crediting the fact the Guinness Book of World Records, whereas IMDb lists 1,095 projects which credit William Shakespeare in some way.  These IMDb projects including not movie items (short films, TV shows, games, etc). for the research above I personally went through the projects, assessing what was a feature film and a valid adaptation.

Even the simplest statistical exercise, such as this, ends up presenting tough choices. In this case I had to decide what counted as an adaptation. I included direct adaptations (such as Romeo + Juliet) and more liberal adaptations (such as 10 Things I Hate About You and West Side Story which were based on Taming of the Shrew and Romeo and Juliet). I excluded films which didn’t directly credit the original screenplay story to Shakespeare (such as The Lion King, which is loosely based on Hamlet) and films which included elements of Shakespeare’s writing such as sonnets and lyrics.