Is Jason Blum right that there is a shortage of female horror directors?

22 October '18 2 Comments on Is Jason Blum right that there is a shortage of female horror directors? Last week, horror super-producer Jason Blum got himself in hot water after a comment he made during an interview with Polygon.

Blum said “There are not a lot of female directors period and even less who are inclined to do horror”.

When I first read this, I was horrified!  How could he say such a thing?  Doesn’t he know that the right thing to say was “fewer who are inclined to do horror”, not “less”?!

Ok, grammar pedantry aside, the quote made him the target of a number of negative comments and articles.  I’m not seeking to add commentary to the debate, nor to support or chastise Blum for this.  Rather, I wanted to take a look at the data behind his assertion and use it to discuss female directors more generally.

So I built a database of all feature films which opened in US cinemas between 1988 and 2017 (11,848 films) to see how the employment of male and female directors differs.

How many directors are women?

Over the three decades I looked at, 9.9% of directors were women.

Not only are there far fewer women than men, but there is also a skew towards larger films being even more likely to be directed by a man.  As an arbitrary cut-off, the chart below shows the data for films which grossed the equivalent of $10 million in today’s money (within this category, the representation of women is a much lower 5.9%). Let’s split those films by genre.  I used IMDb’s genre clarification to assign each film up to three genres. Do horror directors ever go back?

In the same interview where the original comment was made, Blum also said  “I’m a massive admirer of Jennifer Kent [director of The Babadook] . I’ve offered her every movie we’ve had available. She’s turned me down every time”. So let’s take a look at how many directors have helmed more than one movie.

Across all directors on all movies in the dataset, 63.5% directed just one movie in the three decades I studied.  15.7% directed two movies, 7.4% directed three and 13.4% directed four or more movies. As we saw before, there is a difference between the experiences of male and female directors.  Women are less likely to get to direct a second film than their male counterparts.

When we zero in just on horror movies, we see an even bigger difference. 86.5% of women who have directed a horror movie have not gone on to direct a second horror movie.  The figure is lower for men (although still rather bleak) at 74.7%.

Do directors stick to just one genre?

Another point Blum made in the interview was “I believe in using directors who aren’t necessarily from horror, like Jordan Peele or David Gordon Green”. So let’s go back to the numbers one last time to look at what other genres horror directors have helmed.

I narrowed my focus to only the directors who have directed two or more movies in my dataset.  Then I looked at the genres of their movies to see if they made a variety or ‘stayed in their lane’.

Four-fifths of horror movie directors (who have directed two or more movies) don’t direct movies of other genres.  The figure is much higher for sci-fi directors (96%), meaning that if a director makes a sci-fi movie then there is an extremely high chance that any of their future projects will also be sci-fi.  Drama directors are the most likely to stray into making films of other genres, with only 51% always staying within the Drama genre. I’ve researched and written on the topic of gender in the film industry a number of times before.  If you want to read more, here are a few articles you may find interesting:

The data for today’s research came from The Numbers, IMDb and Wikipedia.  The genre classification is that of IMDb, in which each film can have up to three genres.

To determine a director’s public gender, I used publicly available data, pronouns (such as in biographies) and first name analysis (i.e. if 99% of people called Daniel are male then I have regarded every Daniel with an unknown gender as male).  I appreciate that this research takes no account of gender fluidity or other forms of self-identification.  That’s not a conscious choice but rather a consequence of doing research at this scale.  If anyone can suggest a way of taking this on board in the research process then I am very keen to hear it.  Please drop me a line and we can talk it through.

If there was anyone for whom I could not reliably determine a gender, then they were not included in the charts which show a percentage split between male and female directors.  Although this is not ideal, I have no reason to think that these people skew towards one gender over another, and they were also a small percentage of my overall dataset.

For the vast majority of the period I studied, directors are extremely likely to have publicly identified in a binary manner, no matter their true feelings or identity.  This research speaks to how directors are judged from the outside and that it’s the public-facing gender identity which matters most when it comes to discrimination.

Finally, I have tried to be respectful to all in my choice of language when discussing gender and identity.  If I’ve misspoken somewhere, drop me a line and I’ll fix it.  I aim to use the word “women” where possible as it relates to identity, not biological sex.  The only exception is where it would be grammatically incorrect to do so – both “woman” and “female” are nouns but only “female” is an adjective and a modifier (i.e. “female directors” is correct while “women directors” is not).

As I said at the top of the article, I’m not looking to litigate Blum’s main assertion.  On the one hand, it’s clearly true that there are many female directors who have directed a horror movie. On the other, the criteria for directing a Blumhouse production is not simply “Have they directed a horror movie before?”  You can find evidence to support either case in Blum’s actions: he’s not hired a female director but he seems to have tried and to not be satisfied with that outcome.  Confirmation bias will abound in situations like this.

In the interests of keeping us on track, I am happy to have comments added to this article by any and all readers who have something to add to the wider debate and to the numbers I’ve presented above.  However, let’s refrain from commentary which is personal in nature towards Jason Blum or his intentions as (a) I want to keep this site free from personal attacks and (b) that’s what Twitter is for. 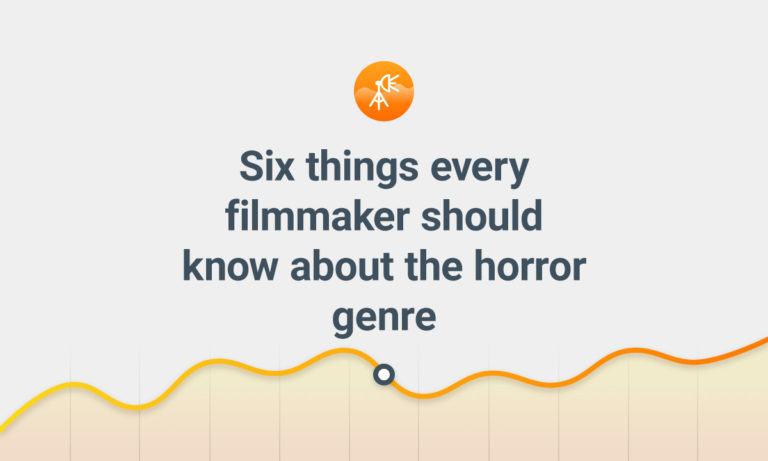