On average, how many films does a producer produce?

8 April '19 11 Comments on On average, how many films does a producer produce? A few months ago, I looked at the average number of films a director is likely to make over their career.  This led to people asking about producers and so I agreed to take a look.

The role of a movie producer is wide-ranging, flexible and often confusing.  Added to that, there are a number of different types of producer credit, each holding different meaning and power.

Let’s start by looking at what producer credits there are and then move on to producing careers. 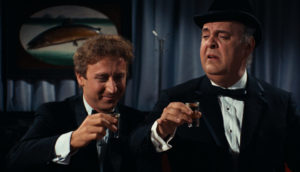 For most senior positions on major films, there is a guild or union which provides strict guidelines about who can get credited and how.  For example, the Writers Guild (WGA) only permits three writers (or co-writing duos or trios) on any film.  If you wrote too few lines of dialogue then you won’t get a writing credit.  Similarly, the director’s union (DGA) only allows one director to be created other than in exceptional circumstances.  These bodies also regulate the working conditions and power that their members have on a production.

No such restriction applies to producers, meaning that there are far more credits, less uniformity and no agreed standard. Someone may be credited as co-producer on one project, and the same responsibilities might receive an associate producer credit on another.  Within each corner of the industry (i.e. within one studio) there will be some common practices but this does not extend across the wider industry.

Despite this, there are some generalisations we can make about producing credits.  The most frequently used credits are:

How many producers is enough? The graph above shows that all credits are becoming more common but I think the wider trend is harder to spot.  To elucidate the overall change in producing credits, I have created the chart below, which uses the same data but looks at the percentage of producing credits awarded each year. Let’s start by answering the question directly and then look in a little more detail. I am going to focus on the ‘Producer’ credit as this is the highest level of producer credits and is where most up-and-coming producers are heading for.

If we look at the average number of ‘Producer’ credits received, starting with the year of the first credit, we can see that careers are getting less rosy as time goes by.  The average ‘Producer’ starting out in 1950 would go on to produce six movies, whereas those starting in 2000 have had their output more than halved to just 2.5 movies so far. The key caveat above was “so far”.  It can take a long time to get the people, permissions and money together to make a movie, and so it seems unfair to point out that producers who emerged in 2016 have only produced one movie.

Let’s ask a more narrow question. On average, how many movies will a ‘Producer’ have produced within five years of their first film?

This gives us a rather surprising result.

Despite the huge changes in the industry, the explosion in film production and the fragmentation of producing credits, the average number of projects produced in the first five years of being a full ‘Producer’ has remained static over the past fifty years.  So if someone releases a movie as a ‘Producer’ then they are, on average, likely to release one more within five years. Is the Associate Producer credit as empty as many believe?

It turns out that more people become full ‘Producers’ from being an ‘Associate’ than through Line Producing or acting as an Assistant Producer.  In fact, Assistant Producing has an extremely low rate of career progression, with fewer than 1% going on to receive a ‘Producer’ credit. This is far from conclusive and encompasses a long time period, but it should give some solace to anyone who has received an ‘Associate Producer’ credit and then been unfortunate enough to read this article.  I hope it helps.

If you are interested to learn about the average age of producers then you may enjoy a piece I wrote a few years ago, appropriately titled How old are Hollywood film producers?

The data for today’s research came from a number of places, principally IMDb, The Numbers, Wikipedia, Box Office Mojo and OMDb. My dataset includes all fiction feature films made and listed on those sites.  Genre classifications were from IMDb, where possible.

Producers can work across a number of media and so a producer who moves from films to TV will fall out of my dataset, showing up as someone who stopped being a film producer.  Likewise, a successful TV producer who turns their skills to film would show up as a making unusually large movies as their first producing credits. I started out in the industry as a producer and still run a production company today.  In my time meeting fellow producers, I have learnt that the credits system of producers relates mostly to the power they hold, not how they wield it.  I would split the types of producer thus:

These are not mutually exclusive as some producers tick a few of these boxes, but most have a particular strength which they excel at.  Sadly there’s no way of tracking this with data so you’ll just have to do the fieldwork yourself at industry networking events.

Oh, and before you do, watch Swimming With Sharks.